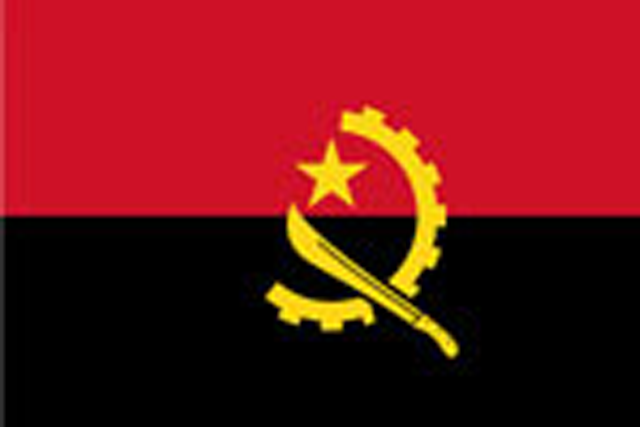 The 10th Edition SARPCCO Games officially opened on the 3rd August 2019 in a grand style in Luanda Angola. The event has brought together nine Member States from the SADC Region namely Angola, Botswana, Eswatini, Malawi, Mozambique, Namibia, South Africa, Zambia and Zimbabwe, with a total of eight hundred and sixty six (866) sports men and women participating in seven (7) sporting codes which include Soccer, Netball, Volleyball, Darts, Chess, Tennis and  Athletics are taking place from 3 – 14 August 2019.The SARPCCO Games are an important intervention meant to compliment the already existing regional policing activities such as Capacity Building and Training, Workshops as well as Bi-lateral and Regional Operations.

Amongst the dignitaries in attendance at the official opening of the games were the Governor of Luanda Province, His Excellency Luther RESCOVA, Ambassadors and members of the Diplomatic Corp from the SADC Region, the In-Coming SARPCCO Chairperson and Commissioner General of the Zimbabwe Republic Police Comrade Tandabantu Godwin MATANGA, the Deputy Chiefs of Police representing Mozambique, Namibia, South Africa, and Senior officers representing Botswana, Eswatini and Malawi. Also in attendance was the representative of SADC, Director of the Organ on Politics, Defence and Security, Mr. Jorge CARDOSO and the Head of INTERPOL Regional Bureau for Southern Africa and SARPCCO Coordinator Mr. Mubita NAWA

Representing the Head of State of Angola, the Guest of Honour Minister of State and Head of Presidential Security, His Excellency General Pedro SEBASTIAO emphasized the need for police in the region to work together in combating transnational organized crime in Southern Africa. He reiterated the Angolan Government’s commitment to supporting the Regional policing efforts as evidenced by the massive support and commitment in hosting the SARPCCO Games.

In welcoming the gathering, the Angola National Police General Commander Paulo Gasper de ALMEIDA, stated that he was excited that their pledge to host the SARPCCO Games had come to fruition and thanked the Government and cooperating partners for the immense support.

Speaking on behalf of the SADC Executive Secretary, Director of the Organ on Politics, Defence and Security, Mr. Jorge CARDOSO stated that SADC was excited that SARPCCO which is a Sub- Committee of the Inter-State Defence and Security Committee were implementing the resolutions according to their Plan of Action. He stated that it is important for police in the region to build strong networks if they are to win the battle against criminal syndicates perpetrating cross border crime, and make Southern Africa a safe and secure environment for sustainable development in line with the SADC vision.

And speaking earlier, the SARPCCO Chairperson who is also the Inspector General of the Zambia Police Service Mr. Kakoma KANGANJA thanked the host country, stating that there could not have been a better place than Luanda  to host the 10th Edition of the Games, as it was the same place where 14 years ago, SARPCCO celebrated its 10th Anniversary.

“Ever since time immemorial, sporting has proven to be a common denominator in bringing people from all corners of the world with a common vision, irrespective of cultural differences and geographical locations” said Mr. KANGANJA.

The SARPCCO Chairperson emphasized that sporting events create a perfect opportunity for officers to come together, cultivate regional friendship and trust, leading to a stronger network of law enforcement officers which enhances cooperation in the fight against transnational organized crime.

He also thanked Member States who successfully hosted previous Editions of the SARPCCO Games since their inception in 1996 as follows: Namibia 1997, South Africa 1999, and Botswana 2001, followed by South Africa again in 2003. Zimbabwe 2007, Malawi 2009 and D.R.C in 2011. Again Namibia in 2013, followed by Swaziland, now Eswatini in 2015. He urged participants to observe fair play by exhibiting comradeship in the spirit of SARPCCO, during the games.

An inaugural football match was played between the host Angola and Zambia. The first half of the match saw Angola scoring in the early minutes of the game which later turned dramatic as the two teams managed to score and equalized within a short space of time. However, Zambia managed to carry the day by beating Angola to a three- two score line after seemingly having been motivated by their Chief of Police who took time to speak to the players at half time. The day was characterized by splendor and pomp as teams jovially matched onto the parade clad in truck suits carrying their country flags and name plaques. As the match became tense, the participants exhibited endurance and high moral typical of police officers as countries joined hands in singing to motivate their respective teams with South Africa and Zimbabwean participants teaming up with Zambia while Mozambique and Namibia joined Angola. Botswana seemed to have been the only neutral umpire observing from the terraces. At the end of the day, the inaugural match demonstrated the spirit of comradeship as per the SARPCCO motto as participants passionately hugged and congratulated each other. It is a busy two weeks in Luanda as the games continue.

The Best SARPCCO Sporting Experience Ever!