In recent years, there has been a significant increase in the number of attacks on vessels by pirates, in particular in the Gulf of Aden, Somali Basin, Atlantic and the Indian Oceans. Vast areas of water are affected, making it a big challenge to prevent maritime piracy incidents. Maritime piracy affects major shipping routes, and puts at risk the lives of crew members and the cargo. Hundreds of victims are taken captive each year and millions of dollars are paid in ransom to pirates. It is believed that these payments are divided between the pirates, their leaders and those who finance them. Intelligence indicates that part of the money is reinvested abroad through Somali emigrants and terrorist organizations. The SARPCCO region is not spared of the scourge.

Bringing sanity to the seas

The Somali pirates are the most common perpetrators of piracy incidents in the region. They have been hijacking merchandise export and import ships in the ocean stretching from Eastern Africa towards Seychelles, Mauritius and South Africa. They target strategic routes into and out of the region, mainly passing through the Mozambique channel.

SARPCCO, in collaboration with INTERPOL Maritime Piracy Task Force and working closely with the international community, focuses on three main areas to counter maritime piracy:
(i)    Improving evidence collection
Given the fact that maritime environment poses unique difficulties for collecting evidence, the Organization provides advice and training to Member States in the region in order to improve the quality and quantity of data collected, and to make sure it is properly preserved and analysed. With the creation of a Global Database on Maritime Piracy currently in progress, SARPCCO, in partnership with, INTERPOL will soon be in a position to better analyse piracy networks. This will enable SARPCCO to help Member States identify and arrest the high ranking individuals involved in maritime piracy.
(ii)    Facilitating data exchange
A single piracy case often affects several nations. Vessels may be flagged, owned and operated by different countries and manned by multinational crews. The pirates, the navy which captures them and the nation willing to investigate and prosecute the case are also likely to be diverse. This makes it crucial to share information between military, law enforcement and judicial bodies of multiple countries. INTERPOL’s secure global police communications system, known as I-24/7, and its system of Notices are key to the sharing of data and the detection of suspected pirates.
(iii)  Building regional capabilities
The majority of prosecutions for maritime piracy are conducted in African and Asian countries. SARPCCO, in collaboration with other stake holders, is working to develop the capabilities of police investigation units on a regional level, by providing specialized training prior to trial.

Need for working in partnership
Due to the extent and nature of maritime piracy, international and cross-sector partnerships are vital in order to prevent, investigate and prosecute this menace. The region collaborates with the following international organizations namely North Atlantic Treaty Organization (NATO), European Navy Forces (EUN NAVFOR) and International Maritime Organization (IMO).

SARPCCO continues to make strides in the Region on Maritime Piracy. Although some member states are landlocked, the effects of this scourge has been felt far off inland as goods transported by sea have always been at risk. The intervention by SARPCCO and INTERPOL saved the Region from the menace of maritime piracy 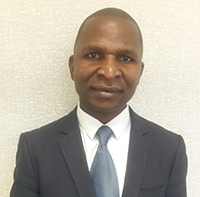