Southern Africa, like all other regions globally, had been besieged by Trans-national Organised Crime where criminals would commit heineous crimes and flee across boaders to seek refuge from local law enforcement. Due to the unified background of the region, dating back to colonial resistance, Southern African Region was called upon to cooperate, this time against the scourge of crime. It became plausible that only unity of purpose in combating crime in the region, would once again curtail prominent criminal tycoons who had terrorised the region. Listed below are the primary crime areas that the organisation is dealing with, in cooperation with other regions. 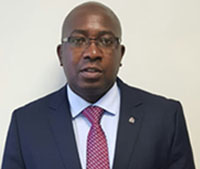