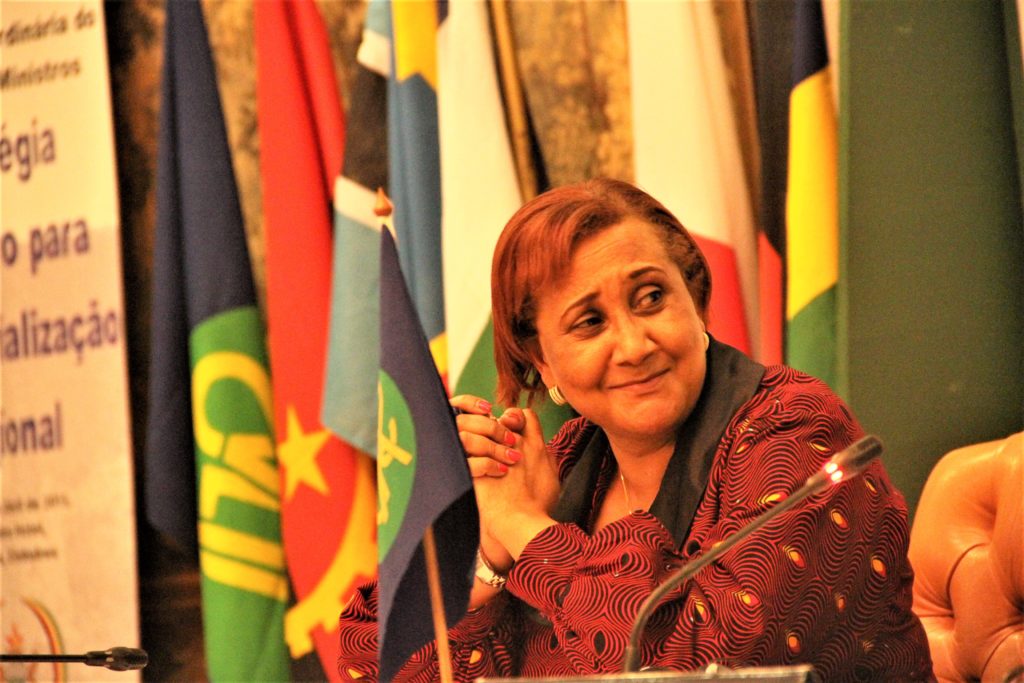 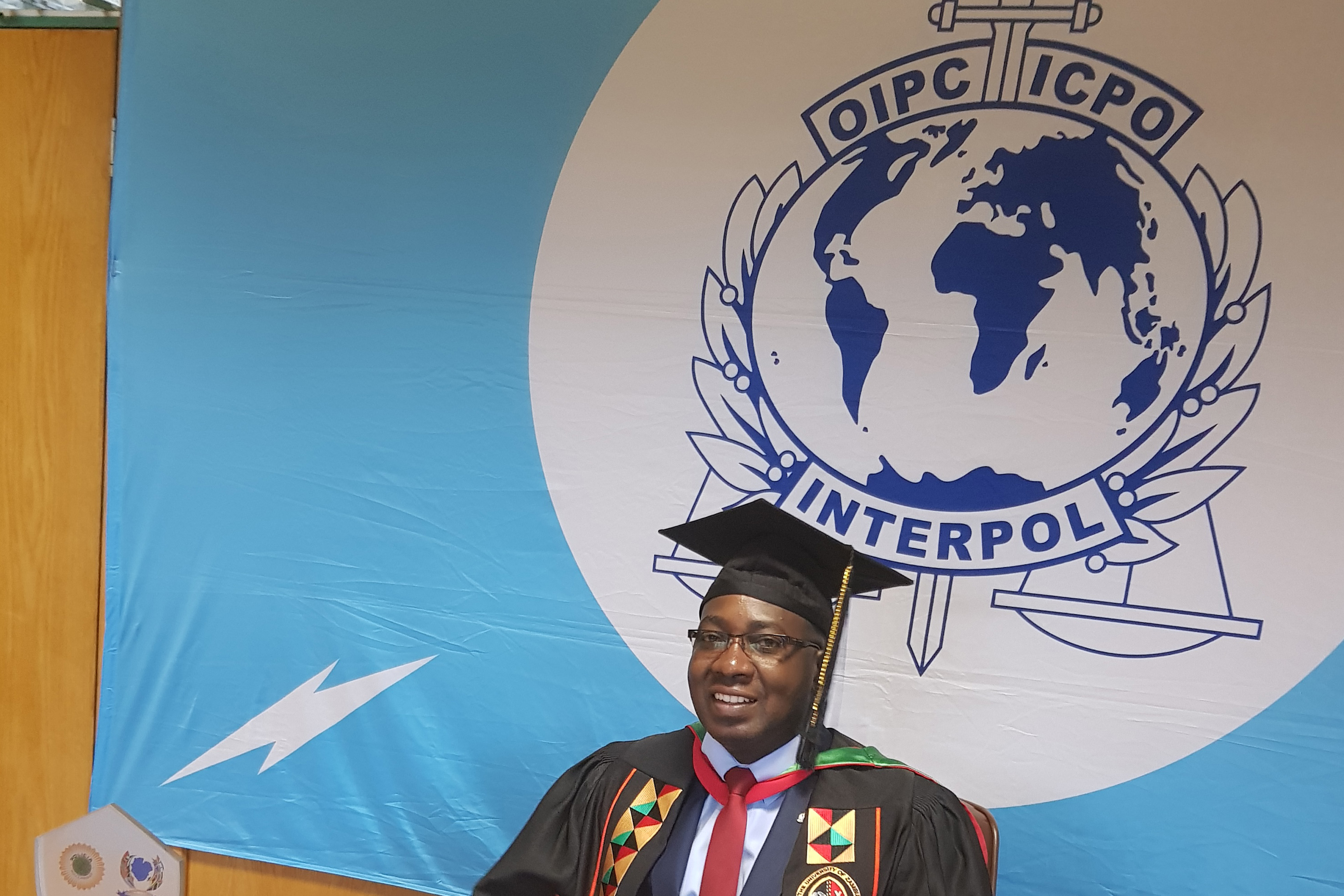 The SADC Executive Secretary Dr. Stergomena Lawrence Tax on Friday 30th November 2018 was in Harare, Zimbabwe to visit the INTERPOL Regional Bureau for Southern Africa commonly known as RB Harare, which also serves as the Coordination office for the Southern Africa Regional Police Chiefs Cooperation Organization (SARPCCO). SARPCCO which is a Chiefs of Police Sub Committee of the Inter State Defence and Security Committee is part of the SADC Structure. The ES who was accompanied by the Director of Organ on Politics, Defence and Security Affairs Mr. Jorge Cardoso, arrived in Harare on 28 November 2018 for a series of meetings and visits to some strategic institutions which are part of the SADC structure among them the SADC Regional Peacekeeping Training Centre (RPTC).

The convey carrying the ES arrived at RB Harare at exactly 09:00 hours amid splendor and pomp as the energetic Zimbabwe Republic Police Band welcomed her to some mesmerizing tunes and poems performed in her honour in various languages including Kiswahili to the amusement of the delegation.

The delegation proceeded to the office of the Head of Bureau Mr. Mubita Nawa where they were briefed on various strategic issues pertaining to the activities of the regional office which include capacity building and training, operations, projects, human resource and international police cooperation in the region. After the briefing, the Executive Secretary proceeded to the RB Harare board room where she held a courtesy video conference with the INTERPOL Secretary General Dr. Jurgen Stock in Lyon France, who once again welcomed her to the Bureau which is a representation office of the General Secretariat in the region. He further, briefed her on the recent developments taking place in Interpol which included the just ended 87th General Assembly held from 18 to 21 November 2018 in Dubai, United Arab Emirate, where the organization saw its membership rise to a 194 countries, becoming more than the membership of the United Nations which currently stands at 193. Dr Tax congratulated and thanked the INTERPOL Secretary General, reiterating SADC’s willingness to effectively cooperate and collaborate with the world’s largest police body in its robust initiatives to combat transnational organized crime.

With the video conference concluded, it was now time for the Executive Secretary to meet the RB Harare staff who are seconded police officials and experts from the SADC member states and beyond. A presentation was then made to the delegation, covering INTERPOL’s priority crime areas which include Motor Vehicle Theft, Human, Drug and Small Arms and Light Weapons Trafficking, Stolen and Lost Travel Documents, Anti-Terrorism and Maritime Piracy, Environmental Crimes, Counterfeit and Illicit Goods, Hi Tech Crimes, Stolen Works of Art, Gender Based and Violent Crimes and Intellectual Property Crimes among others. The planning process of the Bureau’s annual activities and objectives were also highlighted. Challenges that often hamper the smooth implementation of the annual action plan were pointed out and solutions to alleviate them were proposed.

Dr Tax thanked the officers for the tremendous work they were doing in ensuring that the resolutions of the Chiefs of Police are timely implemented in support of the SADC vision of a safe and secure Southern Africa region for social-economic and sustainable development. She also highlighted the efforts that SADC was ensuring that RB Harare as the Coordination Office for the Chiefs of Police is fully supported in order for it to effectively and efficiently deliver its mandate.

Speaking earlier, the Director of Organ on Politics, Defence and Security Mr. Jorge Cardoso reiterated the need for synergies through joint planning and implementation of activities of RB Harare/SARPCCO Coordination Office and those undertaken by the SADC Secretariat in order to maximize on the resources and have concerted and coordinated approach in the fight against cross border crime in the region.

In giving a vote thanks, RB Harare Regional Administrator Prof. Everjoyce Ndove thanked Dr. Tax for her visit which she described as an honour and encouragement to the staff at the Bureau that such a high profile dignitary found time to visit and interact with the officers. ‘‘We heartily welcome you to RB Harare, Mama Yetu, Our Mother, and thank you most sincerely for finding time out of your busy schedule to visit us. We pledge our continued efforts in ensuring the implementation of SARPCCO resolutions in fulfilment of the SADC vision.’’ She said.

The Executive Secretary left the Bureau after taking a group photo with the RB Harare Team at 11:00hours after a fruitful visit.

This visit came in the wake of yet another one by the INTERPOL Secretary General Dr Jürgen Stock to the SADC Secretariat in Gaborone, Botswana on 28 August 2018. The purpose of the visit was to pay a courtesy call on the SADC Executive Secretary and map out the way forward regarding cooperation with SADC that was formalized in 2012 through the signing of a cooperation agreement, recognizing co-cooperation in areas of mutual interest as well as facilitate a visit by the INTERPOL delegation which was conducted from 17-18 September 2018 to finalize the revised cooperation agreement between SADC and INTERPOL.