The meeting that was attended by over  ………from 12 SADC Member States, thus Angola, Botswana, Democratic Republic of Congo, Eswatini, Malawi, Mauritius, Mozambique, Namibia, South Africa, Zambia the host and Zimbabwe, was officially opened by the SARPCCO Chairperson and Inspector of the Zambia Police Service Mr. Kakoma KANGANJA and witnessed by representatives from the INTERPOL General Secretariat in Lyon, France, the Small Arms Survey in Geneva, Switzerland, the African Policing Civilian Oversight Forum (APCOF) in Pretoria, South Africa and other local Law Enforcement Agencies such as the Anti-Corruption Commission, Drug Enforcement Commission, Immigration Department and the Prisons and Correctional Services among others. 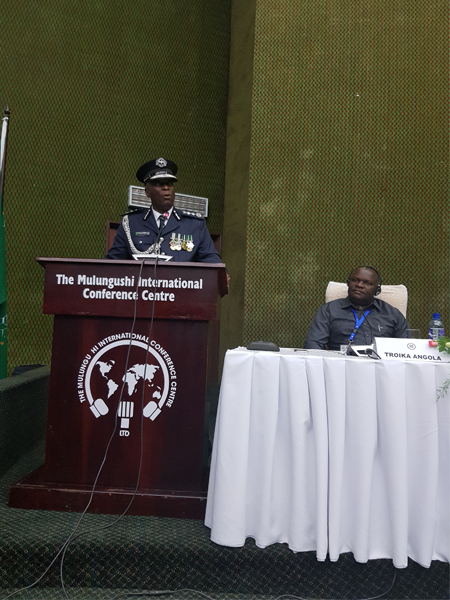 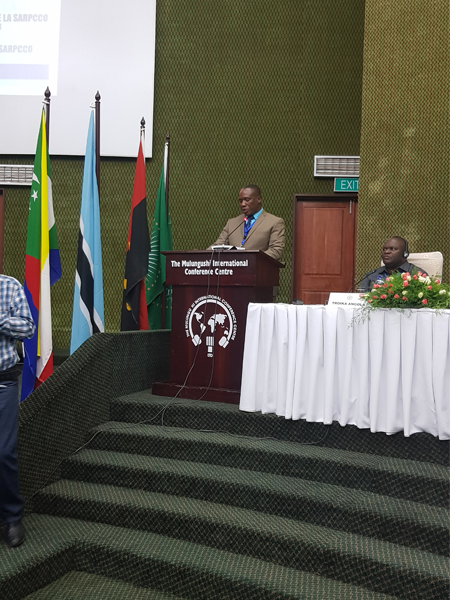 Address by the chairperson

In his opening remarks the Guest of Honour acknowledged the Technical Organs as the brains behind strategy formulation of policing in the region, ‘’The composition of these technical organs draws from a pool of best experts technically deployed to deal with contemporary crime issues. Henceforth, it is paramount that when we break into our chambers, we reflect deeply and generate meaningful, cost effective and achievable strategies to effectively and efficiently prevent and fight transnational organized crime.’’

He also cautioned the committees that their work had the potential to either make or break the chains of peace, stability and sustainable development by the way we execute their policing mandate, ‘’Today, we have a choice, a choice that should be an expression of our shared vision of creating a safe environment. A choice that should be expressed by well thought-out ideas calculated to promote national, regional and global security. Before us is a perfect opportunity to invoke our expertise and provide lasting solutions to our regional needs.’’

The Head of the SADC Police/SARPCCO, Mr. Fernando Joao CUMBE, in his remarks, reiterated SADC’s commitment to the ideals of SARPCCO which seeks to create a safe and secure environment which is a pre-requisite for a sustainable peace and economic development in the Southern Africa region, through the prevention and combatting of transnational organized crime.

Address by the head of interpol rb harare

And speaking earlier, the Head of the INTERPOL Regional Bureau for Southern Africa, Mr. Mubita NAWA, emphasized on the need for Police in the region to stay a step ahead of criminals, stating that this can be achieved through embracing innovation to tackle emerging crimes such as the evolution of digital assets which criminal syndicates have taken advantage of. ‘’The use of cryptocurrency is one such area that has generated a lot of interest among criminal organizations, yet it poses a challenge to the law enforcement agencies world over.’’

He also highlighted the need to incorporate Community Policing in the regional policing strategies. ‘’Community policing has presented Member States with an array of opportunities to functionally partner with members of the public and jointly respond to crime problems. We need to continuously cultivate rapport and partnership with our communities and build networks of sharing information. Intelligence led policing flourishes with information fed into our systems from the public, without which our efforts in providing a better service to our communities become futile.’’

Mr. Nawa, further stated that from January 2018 to February 2019; 10 courses were conducted from which a total of 763 police officers drawn from across the region were capacitated. 12 workshops were held with 337 police officers attending. Three Operations were conducted during the same period, which include, one Inter Regional Operation USALAMA V, targeting various cross border crimes, Operation BASADI VII targeting Gender Based Violence cases and Operation BATHO, targeting Trafficking in Persons cases.

The meeting was also characterized by splendor and pomp as the host country Zambia hosted a reception dinner for all the delegates on the evening of 21 March 2019, treating them to some local music by the famous Amayenge Band. Exchange of souvenirs, which is common at SARPCCO meetings, summed up the occasion. The 2019 SARPCCO Technical Organs Meeting was officially closed by the Chairperson of the Permanent Coordinating Sub Committee who is also the Director of Criminal Investigations for the Zambia Police Service, Mr. Michael NSOFWA. 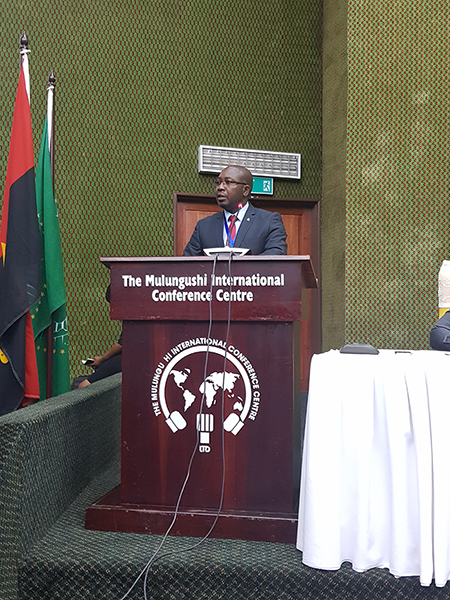 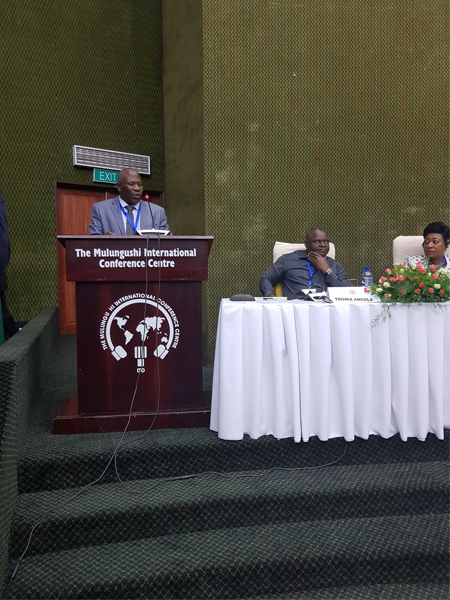